Last week, over 60 U.S. legal permanent residents from Mexico, Guatemala, Cuba, Somalia and Burma, along with their family members, attended a UFCW Union Citizenship Action Network (UCAN) workshop in Schuyler, Neb.  The workshop, hosted by UFCW Local 293, provided participants with the skills and tools needed to navigate the naturalization process and reach the full benefits of U.S. citizenship.

Many of the participants work in the Cargill plant in Schuyler and are members of UFCW Local 293.  In conjunction with our community partner, Lutheran Family Services of Nebraska, participants also learned about how to access the proper documents, legal counsel, and other assistance necessary to get the U.S. citizenship process started.  At the workshop, two families seeking help for their minor children found out that the children were already U.S. citizens and only needed additional paperwork to provide proof of citizenship.  As a direct result of this workshop, 37 participants now have pre-qualified citizenship application appointments.

This workshop was the fourth in a series of trainings that have taken place across the country this year.  Additional UCAN workshops are scheduled in Nebraska and Ohio on November 8. 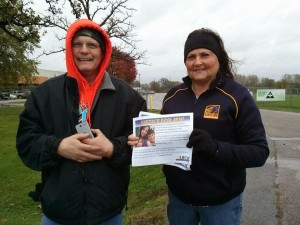