UFCW and Greenpeace Continue Efforts to Reform the Tuna Industry

Last week, the UFCW signed onto a resolution with the Consumer Federation of America to reaffirm our solidarity with Greenpeace as they fight to reform the tuna industry in Thailand. The resolution seeks to ensure that Thai Union, which is the largest canned tuna company in the world and behind well-known brands like Chicken of the Sea, takes steps to curb human rights and environmental abuses throughout their supply chain.

The tuna industry has been linked to human rights abuses, including the exploitation of migrant workers who are being sold, abducted, trafficked, or coerced onto fishing vessels where they are forced to work for little or no pay, and kept at sea under brutal conditions for long periods of time. In addition to the labor abuse on fishing vessels, the growing demand for cheap seafood has led to illegal, unreported and unregulated (IUU) fishing, as well as overfishing.

Last year, the European Union issued Thailand a “yellow card” for failing to address IUU fishing, and the State Department released a report which criticized Thailand for its failure to enact more substantial reforms to end labor trafficking.

The UFCW and Greenpeace are calling on Thai Union and Chicken of the Sea to clean up their supply chains; become fully transparent; ensure workers the freedom of association and the right to join unions; improve fishing practices, and end their reliance on exploited labor and overfishing to make short-term profits. 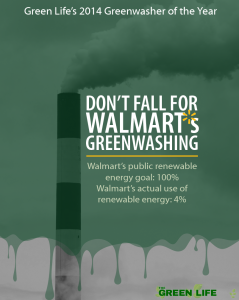