UFCW Members Across the Country Get the Vote Out

Members from UFCW Locals across the country have been busy getting the vote out in key battleground states including Michigan, Kentucky, Iowa, North Carolina, and Pennsylvania–as well as others. 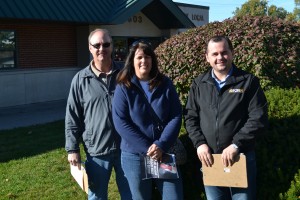 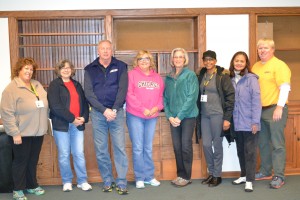 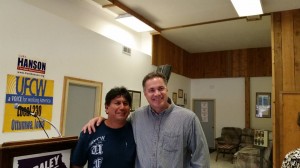 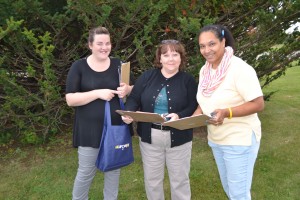 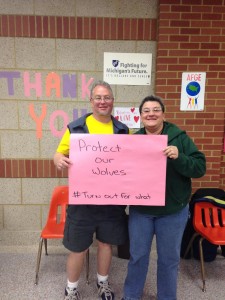 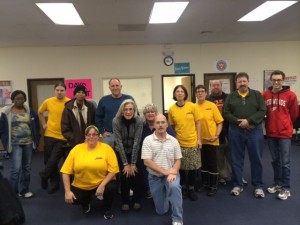 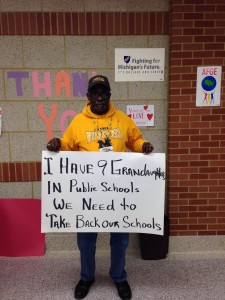 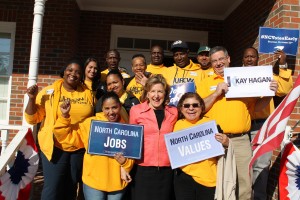 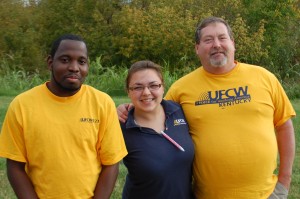 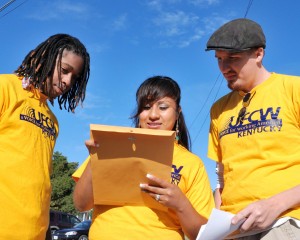 UFCW Members getting out the vote in Kentucky 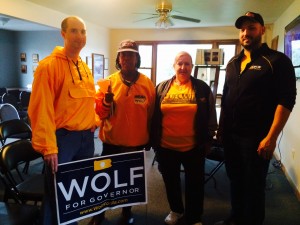 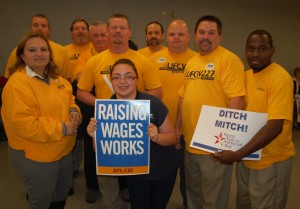 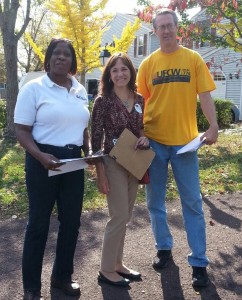 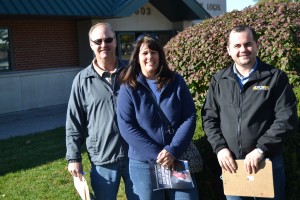 UFCW members continued an aggressive canvassing operation this past week in Michigan. They are going door to door working to convince every resident they talk to that their vote matters in the November 4th midterm election.

“We need our government to start working for the people. That won’t happen until more people vote and involve themselves,” said Dawn McClanahan, a member of UFCW Local 876. “We’re canvassing and holding conversations with voters to increase turnout and increase the voice of workers at the ballot box.”

For UFCW Local 876 member Steve LeVey, the memory of 2010 has inspired him to get out the vote this year.

“I remember too well what happened in 2010. The everyday people who won the 2008 election stayed home and we got stuck with a Governor and a state legislature that passed right-to-work. We can’t afford another election like 2010.”

Victory for McClanahan, LeVey, and other UFCW members in Michigan would be electing Congressman Mark Schauer as Governor.

“We’re supporting Mark Schauer because he’s the only candidate who’s committed to helping workers,” said LeVey. “His vision for Michigan is all about making life better for the common man and woman.”

Staff from locals across the country and the International Union will be pouring into Michigan and other battleground states this week to help UFCW members get out the vote for candidates who champion workers and their rights.