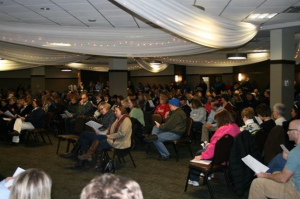 Members of UFCW Local 653 recently ratified a two-year agreement with various supermarket chains in the Minneapolis area covering around 10,000 employees at 80 stores.

The contract took effect March 2, and expires March 5, 2016. It includes hourly wage increases for certain workers for the first time in four years, and new pay progressions for others.

The new contract also includes a commitment from employers to make an effort to provide consistent scheduling for full-time and part-time workers. Employers must give all workers two weeks’ advance notice of their upcoming work schedules.