Giving Back to Our Communities

The UFCW made a positive impact on thousands of lives this year through its effort to address hunger in America and find a cure for blood cancers. 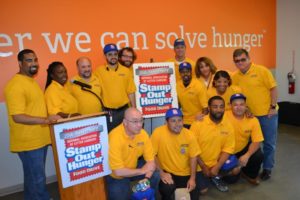 For the second year, the UFCW served as a national partner of the National Association of Letter Carriers’ Stamp Out Hunger Food Drive, the largest food drive in the nation. In the weeks and days leading up to Saturday, May 13, the day of the National Stamp Out Hunger Food Drive, UFCW members and locals volunteered at events and helped to “stamp out hunger” by collecting thousands of pounds of food. 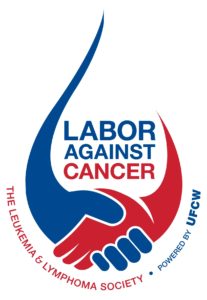 In partnership with the Leukemia & Lymphoma Society (LLS), the UFCW launched the “Labor Against Cancer” initiative in the battle to end blood cancers in September. This new initiative builds on our 30-year partnership with LLS to fund and support some of the world’s best and brightest blood cancer researchers to cure leukemia, lymphoma, Hodgkin’s disease and myeloma, and improve the quality of life for patients and their families. Our decades-long partnership with LLS has raised $83 million so far to help fund research that has advanced treatments such as chemotherapy, stem cell transplantation, and smart drugs, which have become the standard for many other cancers.

In addition to addressing national issues, the UFCW also donated time, money and resources to help members in need and spread a little cheer during the holiday season.

In September, UFCW locals banded together to help raise funds for members impacted by Hurricane Harvey. This fundraising drive helped to provide vital assistance to over 15,000 UFCW members who were affected by the hurricane.