After Successful First Year, UFCW GOLD Program Gears Up for 2015 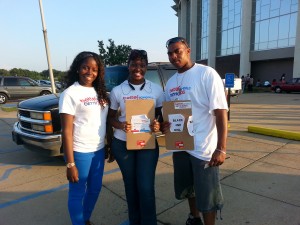 The UFCW GOLD Internship Program provides growth opportunities for learning and development in order to raise up future union leaders and activists.

In June 2014, the UFCW accepted 36 promising young members from across the country into the first ever session of the UFCW GOLD Internship program, which launched in Chicago.

Now, after a wildly successful first year, the GOLD program is preparing for its 2015 session. The UFCW GOLD Internship Program provides growth opportunities for learning and development in order to raise up future union leaders and activists.

During the program there will be a four-week action project that interns will be individually assigned.  Action projects will be assigned within one of five areas: Legislative and Political Action, Organizing, Collective Bargaining, Civil Rights, and Health and Safety.  The 2014 action projects included working on a earned sick leave ordinance in the city of Chicago, working on a Retail Bill of Rights in San Francisco, participating in the Summer for Respect alongside Walmart workers fighting for justice on the job, and many other important projects relating to the welfare of working people.

You can learn much more about the upcoming session, and what previous GOLD participants learned from their experiences, by heading to the updated website: http://gold.ufcw.org/.

Be sure to also check out the video recap of the 2014 session, where participants share their experiences and talk about what service projects they worked on.

“Getting the chance to come out to Chicago, meeting different people from different locals—it’s been an eye opener,” said 2014 UFCW Local 21 participant Bruce Le.

Fellow participant Samantha Christian also noted that after completing the program she felt like “we are all related—we are all brothers and sisters.  I’ve never been as comfortable with people as I have been with the people I met here.”

Melissa Berry said she applied to become a GOLD participant because she felt that “a lot of people don’t know the role of their union, or what part they can play in it.  I was eager to meet new people and learn about how we can spread the message.”

Tracy Officer, who worked on a service project in the Seattle area, says that “this internship builds us up—it gives us the knowledge to go back to our locals and give them the inspiration to say, ‘We are one.  If you have an issue, we are fighting it together, and you don’t have to do it alone.’  I’ve been in the union for almost twelve years and I didn’t know that until this program.”

The deadline to apply to the 2015 session is April 1, 2015.  You can find both the English and Spanish applications at http://gold.ufcw.org/application/. 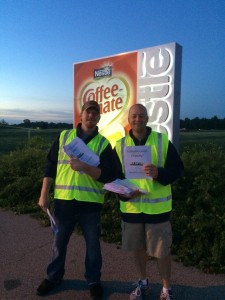 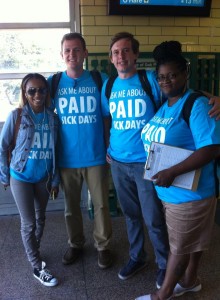 One Response to “After Successful First Year, UFCW GOLD Program Gears Up for 2015”