Members from UFCW Locals 1 and 1500, along with community groups and other unions, participated at a rally at the New York State Capitol building in support of raising the state’s minimum wage. Hundreds of supporters rallied at the Empire State Plaza in front of a fast food restaurant to demonstrate their support for fast food workers and other low wage workers.  They then marched to the Capitol building where they called on state lawmakers to support the minimum wage hike.

The proposed bill has broad state wide public support and would raise New York’s minimum wage to $10.10 per hour in 2015. It would also link the minimum wage to inflation, ensuring that as the cost of living goes up, the wage will too. Also, counties and cities in the state would be permitted to raise their own minimum wage up to 30% above the state minimum. 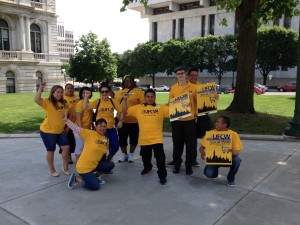 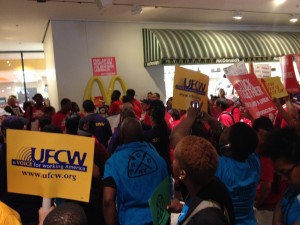 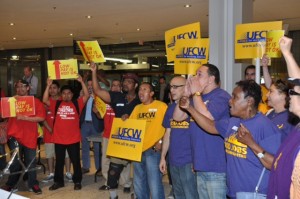 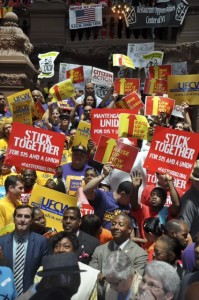 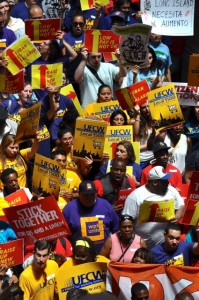 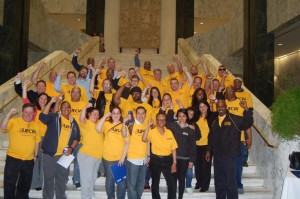