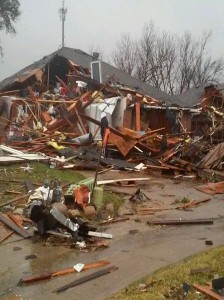 Last month, UFCW Local 1000 spent several days checking in with Kroger stores in the affected area where tornadoes struck to make sure members and their families were safe. So far in Texas, nine members were impacted with serious tornado damage to their homes or apartments. Their stories are heartbreaking and it’s amazing that they and all of their families survived these tornadoes safely. The EF-4 tornado in Garland, Texas, came within a mile of hitting Kroger #403, which could have resulted in serious loss of life. UFCW Local 1000 delivered financial assistance to help members through this tough time. 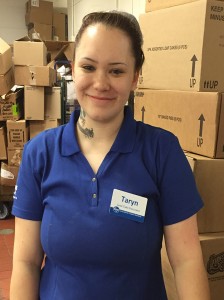 Members of UFCW Local 400 voted to ratify a new, four-year contract with Kroger in the Richmond and Tidewater areas of Virginia.

Members of UFCW Local 400 voted overwhelmingly to ratify a new, four-year contract with Kroger in the Richmond and Tidewater areas of Virginia. The contract preserves their health and retirement security and increases their wages. The collective bargaining agreement is retroactive to August 3, 2014. It expires on August 4, 2018, and covers 3,500 workers.

The bargaining was difficult and lengthy, but after a sustained campaign of member activism, both on a regional and national level, UFCW Local 400 members were able to win a strong contract. Notably, this contract implements raises based on seniority, abolishing the old system that left raises up to the discretion of store managers. It also includes health care “Maintenance of Benefits,” meaning that Kroger will contribute whatever is necessary to the health care fund to pay all benefits.

“It is the activism of our members, and the solidarity shown throughout the country, that enabled us to achieve these gains,” Federici said. “Their dedication, strength, and willingness to turn up the heat on Kroger at the store level when it was necessary, is the reason why we have this solid contract today—a contract that they not only deserve, but rightfully earned.”

Locally, Kroger members and their allies in the community leafleted stores, gathering thousands of shoppers’ pledges to stand with them through contract negotiations. They also rallied their coworkers at Kroger stores nationwide to wear buttons reading, “Solidarity with Virginia Kroger Workers,” on their aprons and shirts while at work to not only show management they were standing together in the fight for a fair contract, but also showing support for workers at the new Kroger Marketplace stores in Richmond and Virginia Beach.

The fight for fairness and respect at the Marketplace stores is just beginning. Kroger’s new Marketplace stores sell not just groceries but clothing and jewelry. In these new stores, Kroger is not giving employees the opportunity to have a voice at work free from intimidation and coercion. Instead, they are promising higher wages in exchange for a signature on a piece of paper saying they won’t join the union. UFCW Local 400 leadership, Kroger members, and community activists hand delivered a letter the Richmond Marketplace store manager in May demanding an end to these anti-worker tactics.

“It was a long challenging ride to reach this good contract we ratified today,” said Peggy Billie, a Bargaining Committee member who works at Kroger #500 in Richmond. “And we aren’t done. We are going to keep the pressure up on Kroger until our fellow workers at the Marketplace stores have the same rights and protections on the job as we do in other stores in the region and across the country.”

“From what we started with, when the company proposed taking away part-time and spousal health care, we’ve come a long way and on top of that we got some extra money in our pockets,” said Joseph Vaughn, a Bargaining Committee Member who works at Kroger #537 in Virginia Beach. “We have demonstrated that by standing together we are strong!”

“It took us working past the original expiration date, but I’m proud of my coworkers, fellow bargaining committee members, and the leadership of our union, we fought hard and are proud of the agreement we have reached,” said Michael Holcomb, a committee member from Kroger #511 in Richmond.

“Management wanted to take everything away from us,” said Laverne Wrenn, a member of the Bargaining Advisory Committee who works at Kroger #538. “But we showed the company we are strong. We told them we are ready to fight. And that is what made the difference.”

“This contract will enable Kroger to maintain their dominance as the number one grocery retailer, while doing right by the workers whose productivity and customer service have lifted them to the top,” Federici said. “We look forward to implementing it and helping these chains expand their market share.”