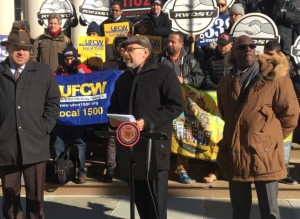 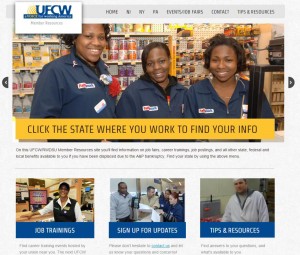 For the past few weeks, Local Unions who are affected by the A&P bankruptcy have been hosting resource fairs to help displaced members and their families.

These events help members with resume writing, job applications, job search, health care information and obtaining new skills. They also provide attendees with in-depth information about how to sign up for programs that are designed to help them and their families.

Additionally, to help members find new jobs, locals arranged for local union grocery stores to participate in these events so that they may speak directly with and accept applications from members about openings they may have.

A video has been created using footage from these resource fairs that highlights this important work. Everyone is encouraged to share this video so that every member affected by the A&P bankruptcy can be aware of all the help that is available to them.