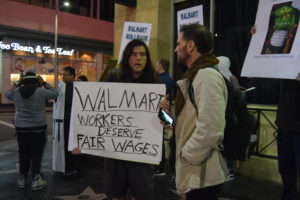 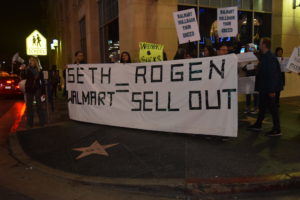 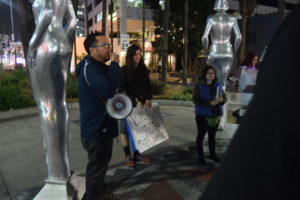 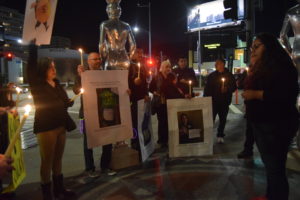 “When you have the rich and famous using their craft to cover up the real story of the largest retailer paying many of their workers so poorly that they have to rely on food stamps to survive, you have to wonder when will working families have their story told?” said MCAW Director Randy Parraz.

MCAW also published a “letter to Hollywood” in Variety magazine to draw attention to Walmart’s treatment of workers, which generated over 8,000 signatures; produced a 30-second commercial; and held an action the night before the Academy Awards near the Dolby Theater.

“For years, celebrities have performed at Walmart shareholder meetings, enjoyed exclusive promotional deals, and have profited from selling their products in Walmart stores, all while workers, many of them fans of these celebrities, struggle to make ends meet. American workers deserve better pay, better treatment, and better “values” from their employer and if Hollywood won’t tell their story, then we will,” said Parraz.

You can sign the “letter to Hollywood” petition here.

One Response to “MCAW Launches Celebrity Accountability Campaign for the Oscars”