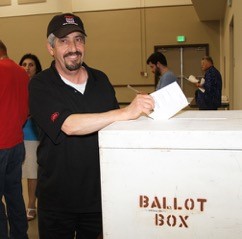 The new three-year contracts include wage increases, including wage differentials for food clerks based on where they live, and pension and healthcare protections.

“This is another example that unity bargaining works,” said Bryan Wynn, director of Region 8. “I would like to commend all local presidents and their staff members, along with the federal mediator, for standing together to get good contracts for the hard-working men and women we represent and preserving good jobs in Southern California.”