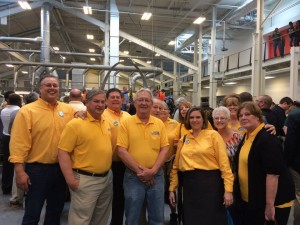 “On behalf of the 20,000 members of the UFCW in Missouri, we thank Governor Nixon for vetoing a bill designed to silence the voice of workers. Right to work would lower wages and standards across our state and we will continue to fight it tooth and nail until the veto is sustained in September.

“Right to work sounds good on paper, but in reality it means lower paying jobs, fewer benefits, and more dangerous workplaces. It is being pushed by out of state special interests who believe workers do not deserve a say in the terms of their employment. Plain and simple, it’s a corporate giveaway at the expense of everyday Missouri families.

“We’ve been fighting this legislation for 5 years so you better believe we are ready for another three months. Right to work proponents may not have the votes to override now, but the millionaires and billionaires pushing this bill will spend the summer trying to change that. In the meantime, the UFCW will be working with our Republican and Democratic partners in the Legislature to sustain the veto. UFCW members will be reaching out directly to their friends and neighbors to let them know that Missouri cannot afford a future with right to work.

“Simply put, right to work would be a disaster for the hard-working families of our state and the UFCW will not rest until it is defeated once and for all.”