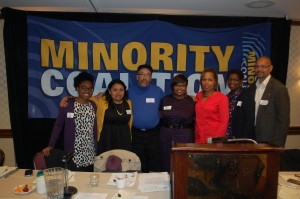 UFCW Minority Coalition held a panel on race and inequality as part of its Educational Conference.

The panel focused on the need for the labor movement to expand its base, become more diverse, and increase outreach to communities of color. “We need to work on not just the union program, but the community program,” Talley said. Melvin called for more self-examination. “We need to look in the mirror and ask what are we doing to change our community and our labor movement,” he said. “I am sick and tired of hearing about what people won’t let us do. We set our own course.” Dianis called for an end to “business as usual” and Carruthers said we need to “build a movement beyond electoral politics.”

All of the panelists touched on the importance of ending police brutality, protecting voting rights, and giving workers more opportunities, including undocumented immigrants. “Building power means we have to work together,” said Dominguez. “Immigration is not a Latino issue. Corporations are profiting from deportations and incarcerations alike. We must fight back.”

Following the panel, conference participants discussed best practices for responding to a crisis such as a strike or a community tragedy like the shooting of Michael Brown in Ferguson, Missouri. The conversation centered around outreach to UFCW members along with political, social, and community engagement.

Finally, the UFCW Minority Coalition mentorship program was highlighted as a way to help diverse members, staff, and leaders move the ranks. 3 graduates of the UFCW Gold Internship program participated and the Coalition was able to sign up ten new mentors. 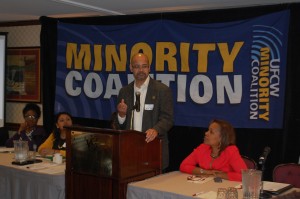 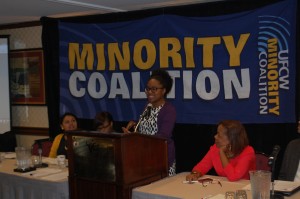 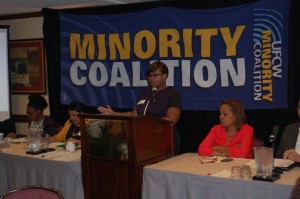 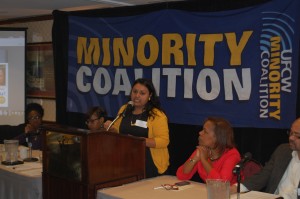