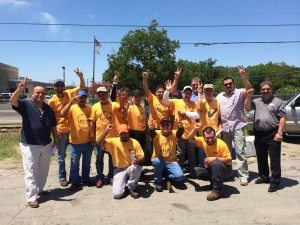 Cargill workers in Fort Worth, Texas, voted to join UFCW Local 540. There are more than 200 workers at the ground beef processing plant where they produce hamburger patties and sausage.  Workers decided to come together for a union voice for several reasons. Workers claim that many of their peers have been unjustly fired. And, they say verbal abuse and disrespect on the job are common. When the company threatened to cut wages, workers went into action to fight back.

With a union voice and a union contract through UFCW Local 540, workers say they are looking forward to dignity and respect on the job, good wages, and affordable benefits.