On the Ground with a UFCW GOLD Intern Part 4 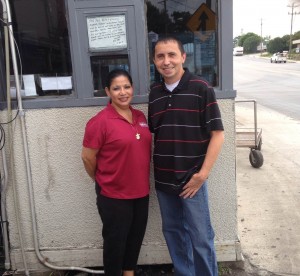 For the the GOLD internship Health and Safety action project, interns traveled to different poultry factories and spoke with workers who had been injured on the job.

I worked with Matt Greeley from UFCW Local 1473 on the GOLD internship Health and Safety action project. This project involved traveling to different poultry factories and speaking with workers who had been injured on the job. After speaking with them, we documented whether they had received any medical attention and, if so, the type of medical treatment they received from their company’s nurse. Matt works at the Nestle plant in Eau Claire, Wis., and I work at Pinnacle Foods in Mattoon, Ill. A major highlight of the internship for both of us was seeing how other plants across the country operate.

The first stop for us was the House of Raeford plant in Columbia, S.C. Set along a river, the town is heavily concentrated around the plant and there is not a lot of space for additional construction to support the plant. Workers are forced to park three blocks away and cross a busy highway to get inside the plant.

We spoke with numerous workers who had suffered injuries and carpal tunnel was the most common injury. The working conditions inside the plant were not ideal. Workers had to maneuver around tight quarters and work in close proximity to one another. Hearing their stories reinforced to us both how important it is for workers to have a union voice on the job.

The next stop was the Pilgrims Pride plant in Athens, Ga. We were able to talk to a few workers and learned some interesting things. This plant is not a “kill” plant, so the chicken arrives there ready to be cut into various pieces and processed for the fast food industry.

Chicken from this plant is shipped to Chick-Fil-A and KFC. There are employees who do nothing but cook chicken in fryers all day and perform tests on the chicken. They test for taste, color, and consistency.

The final stop was in Live Oak, Fla., at another Pilgrim’s Pride plant. With the help of stewards in the plant, we were able to speak with workers who were injured on the job and capture their stories.  Their stories of carpal tunnel were very similar to the ones we heard about in the Columbia, S.C., plant.

Throughout this project we worked with three great union reps from the UFCW Local 1996 based out of Atlanta, Ga.  The issues they face are different than the ones we face at my plant in Illinois or Matt’s plant in Wisconsin. They have a very tough job at the plants they represent since they are all in “Right to Work” states. In spite of this, all of the plants we saw showed tremendous solidarity. Everyone we spoke to was happy to have a union voice and fight for their rights and their safety at work.

It gives me a sense of pride that my union cares as much as it does for the safety of its members. Without this support, I can’t imagine how much different workplaces would be. The GOLD internship has been a great experience. It was incredible to see firsthand how hard union members fight to better their jobs and the industries they work in. We all come from different places and have different struggles, but we are all fighting for the same cause. 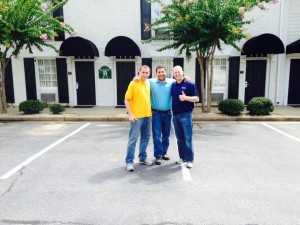