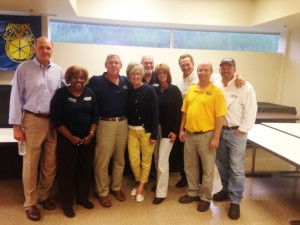 UFCW Local 75 Kroger workers ratified a new contract that merges workers from Cincinnati and Dayton, Ohio, into one strong unit.

Through the hard work of the members of the Cincinnati and Dayton Bargaining Committee, and by sticking together through the negotiations process, members were able to reach an agreement that guarantees annual wage increases; protects quality, affordable health care; strengthens contract language; and preserves full-time jobs.