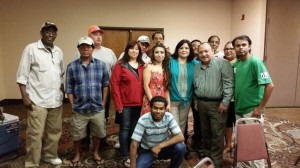 Members of UFCW Local 7 ratified a new labor contract with the JBS USA beef processing plant in Greeley, Colo. Members overwhelmingly voted to ratify the contract on July 22. The new five-year contract will cover more than 3,000 workers.  On July 17, members reached a tentative agreement with the company and avoided a strike following 11 months of tough negotiations.

The agreement includes, among other benefits, a $1.80 hour pay increase over the five-year term of the agreement; a 60 cents per hour increase in the first year to be paid retroactively to the original contract expiration date of Sept. 29, 2013; benefits and guarantees in case of plant closing or shift elimination and plant-wide seniority for job bidding.