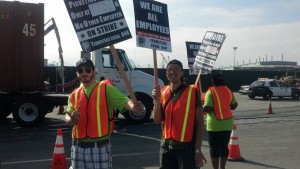 Last week, member-activists from UFCW Local 770, UFCW GOLD interns, and members of OUR Walmart walked the picket lines with courageous truckers who went on strike against sweat-shop conditions and harassment at the ports of Los Angeles and Long Beach.

Like workers at Walmart and fast food restaurants, the port truck drivers are taking a huge risk and going on strike without the protection of a union. And UFCW members continued to show solidarity with the nationwide low wage workers’ movement, as more than 20 members joined the strikers for each day of the week-long strike.

These truckers, who handle nearly half of the US’s imports, are being nickel and dimed every day due to an illegal misclassification scam that their employers and powerful big business interests have schemed up. Because their bosses classify them as independent contractors, the drivers are forced to cover employers’ expenses like the cost of fuel, insurance, truck leases, and maintenance out of their own pockets. The employers are even charging them to park their trucks at their own truck yard! Meanwhile, giant retailers that sell imported merchandise, like Walmart, keep getting richer off of the hard work of these port truck drivers.It’s an egregious example of the kind of illegal misclassification that plagues workers throughout the country.

This is the fourth time in 11 months that the drivers have gone on strike. They’re not just fighting for themselves and their families, they’re fighting for thousands of truckers and other workers across the country that have been victimized by the dirty tricks corporations use to skirt employment law and deny their employees fair benefits.

This weekend, the truckers agreed to go back to work for a cooling-off period in exchange for a guarantee that they wouldn’t face any retaliation. But if the companies break their commitment, the workers need to be prepared to go back on strike at a moment’s notice.  And as more drivers join this movement to end the entire industry’s illegal behavior, they need support from the entire labor community to make sure they can do whatever it takes to win.

To show your solidarity with the port truckers, you can contribute to their hardship fund here. 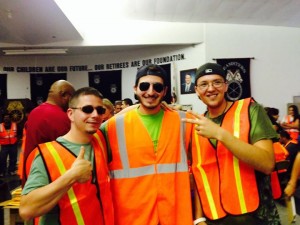 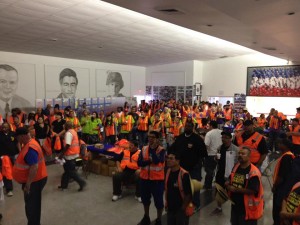 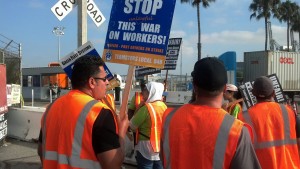 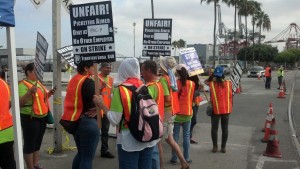