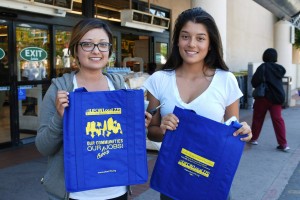 Kroger, the parent company of Food 4 Less and Ralph’s, has been treating its Food 4 Less employees worse than those at Ralph’s, and when they went into negotiations with workers on June 19th, they offered nothing but takeaways.

Not willing to stand for unfair treatment, on June 26th a majority of members from the local unions voted overwhelmingly to strike should one become necessary. But after returning to the bargaining table on July 2nd, Kroger’s offer was no better.

So this week, on Wednesday July 9th, members and workers from each of the Food 4 Less locals came out in full force to hold actions at dozens of Food 4 Less stores across southern California. There, they asked customers and community members to stand with them in their fight for a fair contract, and were met with an outpouring  of positive feedback.

UFCW members collected signatures from customers pledging their support for the workers, passed out information, and proudly wore their solidarity buttons at the actions.

At one of the actions attended by members of Local 1428, workers from non-unionized retailers like Big Lots and Lowry’s came out to support the workers, and talked about how they wished they had union representation at their workplaces.

The locals will return to the bargaining table again within the next few weeks, strong and united. 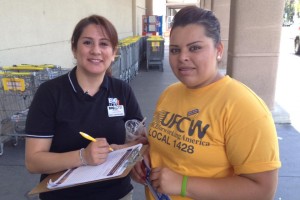 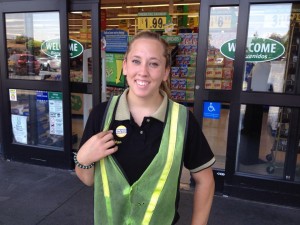 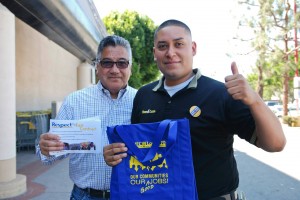 Passing out info about a fair contract to customers and community members.