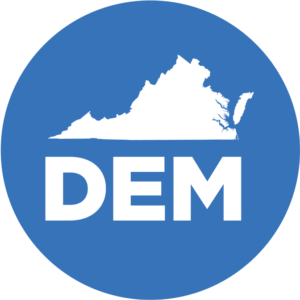 Office staff working for the Democratic Party of Virginia (DPVA) recently joined UFCW Local 400 and negotiations on a first contract will begin shortly. The DPVA coordinated campaign staff, who work on electoral campaigns throughout the state, have also won union recognition and recently ratified a union contract with IBEW Local 666.

“Campaign workers and staff at the DPVA have spent years working to elect pro-worker candidates who fight for organized labor. It’s only right that we as a party live up to our values and recognize the right to join a union,” said DPVA Chair Susan Swecker. “Organizing campaign and political party staff is a new frontier for the labor movement, and we’re proud that Virginia can set an example,”

“I would first like to congratulate the coordinated campaign staff on forming a union and successfully negotiating a first contract with our brothers and sisters at IBEW,” said UFCW Local 400 President Mark Federici. “Likewise, I couldn’t be more proud of our new members among the office staff of the Democratic Party of Virginia. All workers deserve the benefits and protections of a union, and we are proud to be part of the latest development in the growing movement to organize political and campaign workers. We look forward to negotiating a strong new contract that recognizes the commitment and hard work of the office staff.”