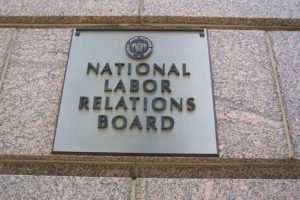 The National Labor Relations Board (NLRB) recently ruled that a union had to pay the backpay of a terminated worker whose grievance the union failed to process if the NLRB proved that the union would have won an arbitration over the termination. In this ruling, the NLRB adopted the plan of the NLRB General Counsel to impose bigger penalties on unions that violate their duty of fair representation (DFR) when processing grievances.

The ruling is important for two reasons. First, the ruling shows why unions should settle unfair labor practice charges filed against them – or to refrain from filing charges against companies – so the NLRB has fewer opportunities to issue rulings making labor law worse for workers and unions and better for companies. Second, the ruling shows the importance of unions diligently processing grievances and communicating the status of grievances, including the results of grievance meetings and whether the union intends to appeal to the next step.

In this case, the NLRB ruled that the union breached its DFR when the union failed to process a grievance protesting the worker’s termination or keep the worker informed of the status of the grievance.

The NLRB ordered the union to request the employer to process the grievance and pay for the fees of an independent attorney to represent the worker in the grievance process. If the employer refuses to process the untimely grievance and the NLRB General Counsel shows that the union would have won an arbitration over the worker’s termination, the NLRB also ordered the union to make the worker whole, including all back pay, plus interest, and pay the worker additional money to cover the extra tax the worker must pay as a result of receiving a large lump-sum payment backpay.