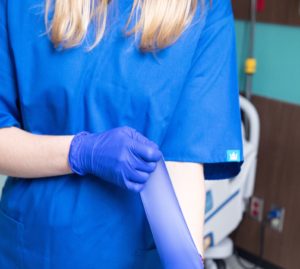 On June 29, a new group of workers at Providence Centralia Hospital in Centralia, Wash., joined UFCW Local 21 for a better life. The 245 workers are employed as certified nursing assistants, housekeepers, kitchen workers, phlebotomists, pharmacy and radiation technicians, respiratory therapists, and sonographers. They joined UFCW Local 21 because they wanted the same benefits as their unionized coworkers at the hospital, including quality raises and cost of living increases, job security, a just process for discipline, a fair paid time off and sick leave system, safe staffing levels, and respect and transparency from Providence management. The workers voted via a mail-ballot election, which was administered by the National Labor Relations Board.

During the organizing campaign, members of UFCW Local 21 who are registered nurses at Providence Centralia Hospital reached out to their coworkers to share the value of being a member of our union family.

“RNs have had a union at Centralia for over 30 years,” said Diane Stedham-Jewell. “It has helped us fight for better wages, job security, and better care. It’s great to have someone who can fight for you. Sometimes people are afraid of fighting for more because they are grateful for what they have, but I don’t like to see big companies take advantage of folks. Everyone deserves to be represented, have rights, and fair living wages!”

“They say a happy worker is a productive worker, but when big business gets too big, the little people get forgotten,” said Gary Mersereau. “In fact, the wheel of Providence’s business turns on our ability to do our jobs effectively and without fear. I keep that wheel turning for the patients and community I care for, and with the union at my side we’re not little at all—we are the spine of the system that keeps people healthy and safe. Together we stand!” 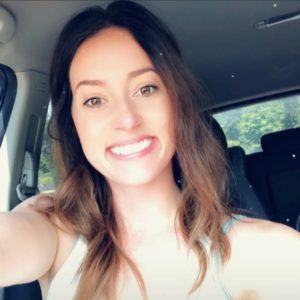 Brooke Adams is a surgical technologist at Providence Centralia Hospital.

The new members are looking forward to having a voice in the workplace and negotiating their first union contract.

“I feel it is vital for us to have a union,” said Brooke Adams, a surgical technologist. “It allows us workers to finally have a voice. We will be able to negotiate fair benefits, wage increases, and labor practices. The union will give us the ability to feel secure in our positions and protect us in the event of an unfair layoff or firing. We’ll have a representative in our corner at all times.”