UFCW: “We Must Stand Together to End the Hate and Discrimination” 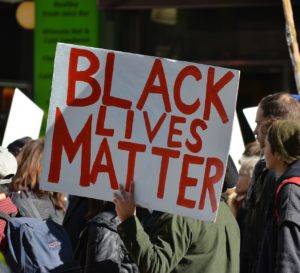 The UFCW International, as well as all four UFCW constituency groups, responded to the death of George Floyd and social unrest around the country.

“Millions of Americans across the country are rightfully angry about the murder of George Floyd and the abhorrent injustices we have witnessed for far too long,” said UFCW International President Marc Perrone. “Now more than ever, we must stand together to end the hate and discrimination that is poisoning this nation, and to make clear that we all stand in support of peaceful protests and in opposition to violence of any kind.”

“Given the social upheaval that we are witnessing, we are urging our elected leaders to speak out for justice and peaceful protests with a united voice,” Perrone added. “The last thing America needs is more division and dysfunction. While it may be hard to see right now, our nation will get through this terrible moment. Standing together, we can help ensure that all of our communities can recover, heal, and rebuild.”

After reflecting on the tragic death of George Floyd at the hands of law enforcement officers and the protests that followed, we are enraged at the treatment and dehumanization of black people at the hands of law enforcement officers.  We believe that Black Lives Matter and we hope that this moment in American society will yield positive and long-lasting change and that anti-blackness will be eradicated.  We stand with George Floyd, Ahmaud Arbery, Breonna Taylor, Tony McDade and many others, both known and unknown.  We must remember their names and continue to fight for justice! All UFCW constituency groups stand strongly united against anti-blackness and racism. We commit to the hard work that will bring about genuine change in our communities.