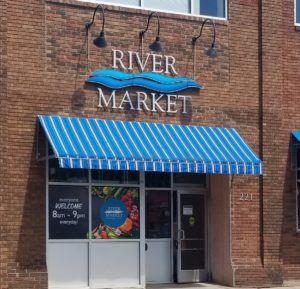 Workers at River Market Co-op in Stillwater, Minn., joined UFCW Local 1189 for a voice in the workplace on May 20.

The 37 workers, who are employed as cashiers, grocery and produce stockers, and in the deli, pricing and health and beauty care divisions, joined our union family because they were concerned about recent employee firings over minor issues, as well as increased work assignments with no wage increases, and favoritism. These workers wanted a union for job security, a voice on the job, and the ability to speak up without retaliation.

The original vote was supposed to be held in March, but was delayed due to the COVID-19 coronavirus outbreak. The local worked with the NLRB to get a mail ballot election and the ballots were mailed out on April 29 and due back to the NLRB by May 13. The ballots were counted on May 20 at the NLRB office in Minneapolis.

“The workers at the co-op did an outstanding job forming their union,” said UFCW Local 1189 President Jennifer Christensen. “It was truly an effort driven and led by the workers. When workers take charge of their workplace like they did at the Stillwater River Market Co-op, they have the power to create a workplace that works for everyone. We are proud of their efforts and are excited to have them as members of UFCW Local 1189.”