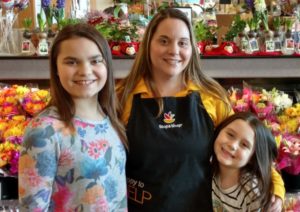 On April 27, the UFCW and Stop & Shop called on federal and state government officials to designate associates at the company’s grocery stores as “extended first responders” or “emergency personnel.”

“Stop & Shop workers, who are also UFCW members across Massachusetts, Rhode Island, Connecticut, New Jersey, and New York, have worked to make sure that families have the food and groceries they need during these difficult times. Make no mistake, Stop & Shop associates are essential workers and they deserve essential protections.

“Stop & Shop and the UFCW have worked together to provide these workers with benefits and protections during this health crisis, including emergency pay raises, additional paid sick leave, and access to KN95 masks and face shields, but even more can be done for these workers.

“We are urgently requesting our nation’s state and federal leaders to temporarily designate these workers as first responders or emergency personnel. This critical status would help ensure our state’s essential grocery workers have priority access to testing, emergency childcare, and other protections to keep themselves and their families safe and healthy.

“For the sake of workers, their families, and our nation’s food supply, this action will provide grocery workers with the vital protections they deserve.”

You can read more about the UFCW’s effort to protect our members and the customers they serve here.