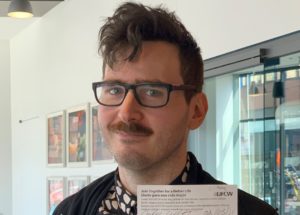 A significant number of workers from nonunion companies have reached out to the UFCW in recent weeks, including people working as in-store shoppers at Instacart.

Recently, Instacart’s full-service shoppers organized a strike to demand the company recognize how unsafe their jobs have become due to the coronavirus pandemic and immediately provide better pay and protective equipment. The UFCW stands with these workers’ efforts, firmly believing that every essential employee who is keeping our society going right now deserves increased pay and to feel safe at work.

“We are striking because we are lacking basic things that are essential for the safety of our customers, our communities, and ourselves,” said Vanessa Bain, an Instacart shopper and leader of the group organizing the strike, Gig Workers Collective. “Support from the UFCW and other partners is crucial for putting pressure on Instacart to do the right thing and better protect people during this pandemic and beyond.”

These brave actions by Instacart’s full-service workers have made the company’s in-store shoppers more aware of the fact that they are employees who can vote to join a union. Since the Instacart strike began, the UFCW has been in touch with in-store shoppers from Illinois, Texas and Washington. Many of them work inside nonunion grocery stores.

They’ve seen the success our union has had in recent weeks negotiating emergency raises, paid leave and other protective measures for our members and are wanting to bring the same to their workplaces. Simply put, we are showing everyone that our union is acting in the public’s best interest and has been all along. We are proving to people that a safe place to work is also a safe place to shop.

The UFCW is committed to keeping all grocery workers safe during this outbreak. We will continue to engage with both sides of Instacart’s workforce – the in-store shoppers who are employees and the full-service workers that Instacart misclassifies. As we saw last week, actions by one group do impact the other and can also result in the company feeling more pressure to do the right thing.

We are most encouraged to see that while much of the world has slowed or stopped, our union’s organizing momentum is expanding. This crisis has made the union value clearer than ever and we will continue our efforts to help these brave workers at Instacart and other companies achieve the better pay and protections they have earned and deserve.

If your Local Union has received any leads from Instacart in-store shoppers, we encourage you to reach out to Casey Hoag from the International at choag@ufcw.org or 206-947-7778. He is working on a daily basis with them.