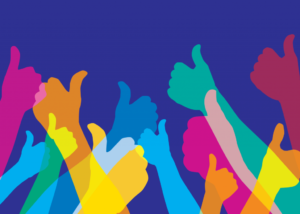 Close to 100 workers at McNally Jackson stores in New York City recently joined the RWDSU/UFCW for better wages and benefits. The workers, who are employed at McNally Jackson’s three bookstores and two Goods For The Study stationery stores, joined our union family because they were concerned about insufficient wages and benefits, the lack of overtime pay, and favoritism in the workplace. Now, workers will head to the bargaining table to secure fair treatment in the workplace and fair compensation in a first union contract.

“I’m proud to say I’m now part of the RWDSU,” said Kathryn Harper, a McNally Jackson bookstore worker in Williamsburg. “Workers across all five stores face issues of harassment at work, favoritism, and lack of dignity and respect. By coming together, we are stronger, and I am confident we can shape our workplace into a place we all want to come to work each day. It’s about time McNally Jackson workers had a real seat at the table with the company and we’re ready to get to work on our first contract.”

“We’re proud to welcome the workers of McNally Jackson into our union,” said Stuart Appelbaum, president of the RWDSU/UFCW. “They showed that the best way for working people to protect themselves and their families is to join together in a union.”