A Victory for King Soopers Workers in Colorado 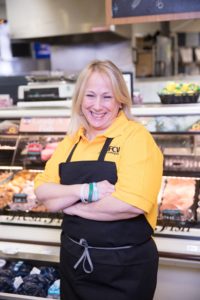 King Soopers workers in Broomfield, Colo., have joined UFCW Local 7, thanks to a recent NLRB ruling. The ruling, which was issued on Feb. 21, found that unrepresented employees may seek to join an existing bargaining unit, which is also known as an “Armour-Globe” election.

The 12 deli employees, who work at King Soopers store #89, are now part of an existing unit of meat department employees at store #89 and two other stores in Broomfield, which are represented by UFCW Local 7. The workers sought to join our union family because they wanted to earn the better wages and benefits that come with a strong union contract.

When the initial interest was shown by this group of workers, the local decided to pursue organizing them under an Armour-Globe election. This type of election allows a new group of employees who share the same community of interest as an already-represented unit of employees to vote on whether to join the existing bargaining unit. Other locals could benefit from using Armour-Globe elections in double-breasted stores to build worker power and grow our union family.

“These workers stood together for a better life in the face of significant resistance from their employer and their resilience paid off,” said UFCW Local 7 Organizing Director Randy Tiffey. “We’re proud to welcome these hard-working women and men to our union family.”

“UFCW Local 7 has been doing Armour-Globe elections wherever possible in our double-breasted retail locations,” Tiffey added. “Kroger has taken the position that the units we are filing for elections on are microunits under the Act, but were unsuccessful in their arguments. However, we have had no resistance to Armour-Globe elections with Safeway/Albertsons. UFCW Local 7’s legal team did a remarkable job in presenting our case numerous times from the original hearing and through all of the appeals.”