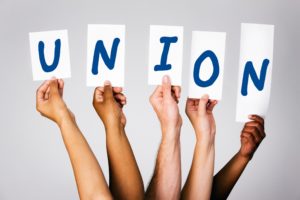 With a new NLRB ruling on employer withdrawals of recognition, the International’s Legal Department is helping locals understand and navigate the policy.

Earlier in 2019, the NLRB ruled that a company may lawfully withdraw recognition of a union after its contract expires if the company receives evidence that a majority of workers no longer want the union to represent them.

If the union rebuts that evidence, the union may file a petition within 45 days for an election. As a result of the NLRB’s ruling, it is no longer an unfair labor practice for the company to withdraw recognition in the face of the union’s evidence. So, in this case, the NLRB empowered companies to require unions to win elections to continue to represent the workers.

The NLRB emphasized that it would permit the company to withdraw recognition only if the company did not improperly influence or assist workers in compiling the evidence showing that the union lost majority support.

At the NLRB hearing, the union proved that a majority of workers – including several who had also signed the petition — signed authorization cards. The NLRB ruled that this no longer made any difference. The decision is called Johnson Controls, 368 NLRB No. 20 (Jul. 3, 2019).