Everything You Need to Know About Blast Texts 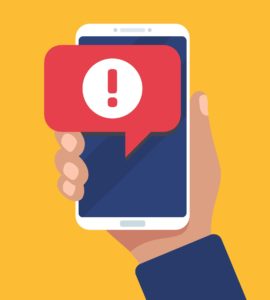 Reaching our members where they already are – on their cellphones – is an important task for any UFCW local. Blast texting, also known as broadcast texting, is a great tool to get the word out swiftly to your members. Texting has a higher visibility rate than email and it’s much quicker than the peer-to-peer texting process (like Hustle)—but the ability to blast text also comes with a higher threshold of responsibility.

Here’s everything you need to know before you press “send” on that 160-character blast text to your members.

Federal law prohibits unions from sending blast texts to cell phone numbers unless the cell phone users consent to receiving them (the same applies to robocalls). The law is called the Telephone Consumer Protection Act.

Similarly, if a member gives a cell number to a union representative while the representative is servicing the workplace, the member consents to the local union sending them blast texts related to collective bargaining, servicing, their job and the union, like officer elections. But what about blast texts related to organizing campaigns? State or federal elections? Leukemia & Lymphoma Society fundraising?

Or, what if workers give their cell numbers to the International Union in an organizing campaign? Could the local union send them blast texts or make robocalls?

To make sure that you can text on topics different than the purpose for which the person gave their cell number, the International Legal Department recommends that every time the union asks for cell numbers, the request includes this or similar language:

*By providing my cell phone number, I consent to receive blast text messages and robocalls on any topic from my local and International Union and their affiliates.  I reserve the right to opt-out at any time. We promise that we will not abuse your consent to text and call you.

But it’s important to note that if you plan on coordinating with any specific organization (for example, a local AFL-CIO) and letting them use their text message service to text the cell numbers you have collected, you should include that information ahead of time in the language above. That said, if you did want to coordinate with a partner, you can always send the messages out from your text messaging service, rather than handing over your phone numbers to another party.

For your reference, no blast texts are authorized to be sent from the International Union without prior consent from the President’s Office.

When requesting cell numbers, local unions can add an “*” after the words “cell number” on the document and then put this language in a footnote at the bottom of the page.

This consent language should enable UFCW unions and their affiliates to send blast texts (or make robocalls) on any topic.

The Legal Department recommends that local unions include this consent language on every request for cell numbers, including:

It is very important that local unions blast text only those persons who consent because violation of this consent law can cost your union $500 per text per person. Blast text 5,000 people who you haven’t obtained proper consent from? That’s a potential $2.5 million fine.

To cover your bases, you should only text those people that you have proof to show they consented to receive blast texts.

When it comes to Hustle, peer-to-peer texting does not violate this law because it’s a text from a real person manning each individual conversation. For more information on Hustle, please contact the International Communications Department.

Want to start blast texting your members? Contact the International Communications Department and we will get you an account and training set up with our vendor, Revolution Messaging.

Blast text: Whether you’re texting 10 or 100,000 people, blast text programs allow you to get a text message out quickly. This is great for bargaining updates, event announcements and reminders. The UFCW currently uses Revolution Messaging (Rev). The most common type of text message is also known as a “short message service” or SMS. A multimedia message service, or MMS, is any text that contains multimedia such as an image or video, which can also be done through Revolution.

Peer-to-peer texting: These programs allow you to assign contacts to your team to manage texting conversations with individual members. This is a great tool that enables us to reflectively engage with members and let them know when their union representative is coming by their store, check in to ask how they’re doing, ask for information, gather RSVPs for events and other general feedback and critical member information. The UFCW currently uses Hustle.

Opt-in and Opt-out: Making sure you remain compliant with the rules and regulations of text messaging starts with a subscriber’s ability to opt-in and opt-out. Members who consent to receive future text messages from you have “opted-in.” They can also “opt-out” by replying to a text message with STOP. People who opt-in are “subscribers” whose cellphone numbers are stored in a contact list. When they opt-out, you are no longer allowed to contact them.