Transit Drivers in Massachusetts Stand Together for a Better Life 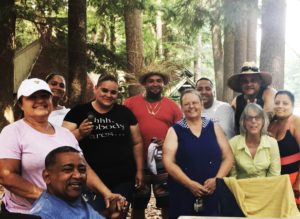 In a big victory for transportation workers, 140 Pioneer Valley Transit Authority drivers with National Express in western Massachusetts overwhelmingly voted to join UFCW Local 1459 on June 28. The workers wanted UFCW representation because they were concerned about wages, benefits and working conditions.

“Drivers from National Express initially contacted Local 1459 in November of 2018 desiring to improve their current wages, benefits and working conditions,” said UFCW Local 1459 President Tyrone C. Housey. “Interest in joining a union started off slow but when the workers saw the tremendous success of the recent Stop & Shop strike, they intensified their efforts to support the organizing campaign undeterred by the company’s daily barrage of anti-union propaganda.”

“Despite some of the legislative setbacks working families and organized labor have experienced under the Trump administration, we remain resolute in our aspirations for a fair and equitable level playing field for middle class America,” added Housey. “I wish to congratulate Organizing Director Dean Ethier, Organizer Melissa May and all of the drivers at National Express for a hard fought victory and a job well done.”

National Express workers were thrilled to join the UFCW and have the strength of our union behind them as they stood up for the good pay and benefits they’ve earned and deserve.

“Organization will give us all a voice and an equal and fair workplace,” said Jeanie Child-Steele.