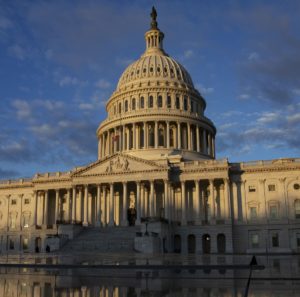 On June 4, UFCW International President Marc Perrone praised action by Democrats and Republicans in Congress to pass bipartisan immigration reform legislation that would provide much needed stability to businesses and millions of workers across the economy. The U.S. House of Representatives passed the American Dream and Promise Act (H.R. 6) by a vote of 237-187.

The American Dream and Promise Act would protect workers from all TPS designated nations, as well as their immediate family members, who have had a continuous presence in the U.S. This legislation would also give these workers a path to legal permanent resident status, as well as eventual naturalization, and ensure that immigrants who came to the U.S. as children have a path to permanency. President Perrone’s statement reads as follows:

“Today’s House passage of the American Dream and Promise Act is a critical step to improving the lives of millions of hard-working men and women who already strengthen our nation’s economy, as well as the communities they call home.

“All of our elected leaders, from both parties, must embrace the truth that providing stability for those who have already passed intensive background checks, pay taxes, and work hard every day to build a better future for all of us is simply the right thing to do.

“Given that this nation was built by generations of immigrants who believed in the promise of this country and worked hard every day to build a better life for their families, it is time for the Senate to join the House and pass this commonsense immigration reform immediately.”