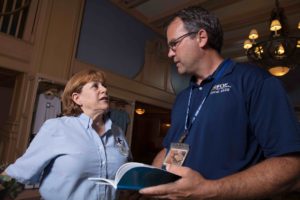 With a proposed change to the duty of fair representation (DFR) standards under consideration, the International has created new suggested guidelines on grievances to help locals improve tracking, keep members informed, and respond to members’ questions.

The National Labor Relations Board (NLRB) is considering a rule change that would increase the record keeping and reporting requirements unions must meet for grievances.

First, the NLRB’s general counsel plans to charge unions with a breach of their DFR if the union loses track, misplaces or forgets grievances. The NLRB will not charge unions that can show that they track grievances with established, reasonable procedures or systems. Second, the general counsel is going to charge a union with a breach of its DFR if the union:

Here’s how locals can ensure they uphold their DFR under these proposed changes:

If you have any questions about the suggested guidelines or need more information, contact George Wiszynski in the International’s Legal Department at gwiszynski@ufcw.org.