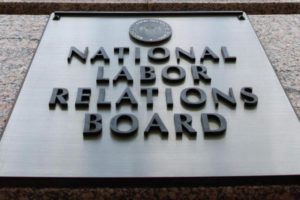 “One might think that large, sophisticated companies like Safeway and Macy’s would understand that this practice is wrong, but that is clearly not the case,” said UFCW Local 5 President John Nunes. “This is a great example of the importance of union representation during disciplinary interviews.”

For more information about the NLRB decision, contact George Wiszynski at the UFCW International’s Legal Department at gwiszynski@ufcw.org.