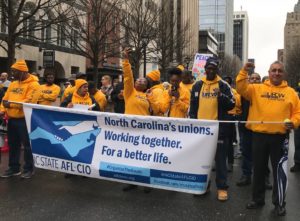 The HKonJ People’s Assembly Coalition is made up of more than 125 North Carolina NAACP branches, youth councils and college chapters from across the state, as well as members of over 200 other social justice organizations.