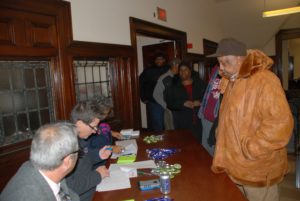 More than 300 members of UFCW Local 655 who work as food service workers for the Bon Appétit Management Company in St. Louis ratified their first union contract on Nov. 22. The workers serve the students of Washington University, and joined UFCW Local 655 in April because they were concerned about wages and working conditions. Bon Appétit Management Company is a subsidiary of the Compass Group.

“This is why we voted to form a union,” said Gilbert Grigsby, an employee at Bon Appétit who also served on the bargaining committee. “We wanted better pay and working conditions that we’ve worked hard for, and this contract is the result of a lot of hard work. I’m thrilled to be joining this union with this new contract.” 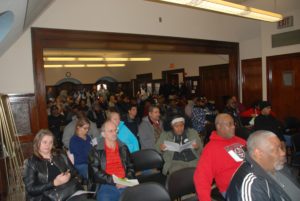 “This is why unions are so important,” said UFCW Local 655 President David Cook. “We’re making a tangible difference in the lives of these people and their families. This is the union difference. Better pay, better working conditions, better benefits. It means a better life.”