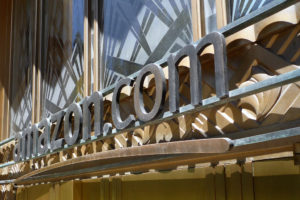 On August 21, UFCW International President Marc Perrone wrote an op-ed for The Hill that details how Amazon’s growing monopoly over the retail sector has negative impacts for American workers.

EXCERPTS FROM THE OP-ED:

All of us, no matter what political leanings we have, will be impacted by Amazon’s monopolistic desire to control the retail market and replace good jobs with automation. This isn’t hyperbole.

Amazon controls a huge swath of the steadily growing online marketplace and it gives them a distinct advantage over regional and national competitors – which results in job cuts. Public filings show that Amazon played a large role in eliminating more than 50,000 jobs from Staples, Office Depot, and Best Buy. And in March, MarketWatch estimated that Amazon’s dominant growth could remove as many as 1.5 million retail jobs within five years.

All of this begs the question, if Amazon forces millions of service and retail sector jobs to be lost, if they squeeze suppliers to the bone, if they devastate commercial construction because much fewer retail spaces are built, and if they make it impossible for grocery or retail workers to earn a better life because they can no longer find work, where do elected leaders think “good American jobs” are going to come from?

You can read the full op-ed here.