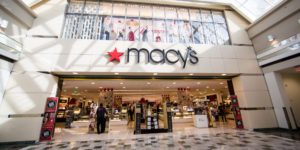 On June 19, the U.S. Supreme Court rejected Macy’s challenge to the 5th U.S. Circuit Court of Appeals regarding cosmetics and fragrances workers at a Macy’s store in Saugus, Mass., who are members of UFCW Local 1445. The Supreme Court decision recognizes that the Macy’s departments are appropriate bargaining units under well-established legal standards, and is a victory for the UFCW and other labor unions who organize segments of workers at companies, rather than the entire company.

The Macy’s cosmetics and fragrances workers joined UFCW Local 1445 in 2014 after the National Labor Relations Board (NLRB) issued a 3-1 ruling that the group of over 40 workers was large enough to unionize. The NLRB’s ruling was upheld by the 5th U.S. Circuit Court of Appeals in 2016. The Macy’s store in Saugus employs over 100 workers.

“We are thrilled with the decision by the Supreme Court, and it is about time the workers in Saugus prevailed,” said Local 1445 President Jeff Bollen. “Our intention is to bring them a contract and use this victory as a tool to organize more workers at Macy’s.”