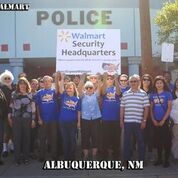 Making Change at Walmart’s (MCAW) “Expose Walmart” tour ended at the retail giant’s shareholders meeting in Fayetteville, Ark., on June 2, after traveling through 22 states and over 30 cities to educate local community leaders, workers, taxpayers, and elected officials about the retail giant’s low wages, corporate greed, and waste of taxpayer dollars. MCAW’s “Expose Walmart” tour launched in Phoenix on May 15. 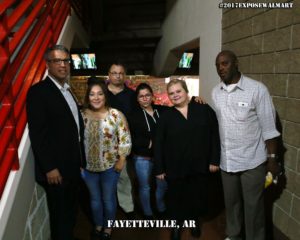 In Albuquerque, N.M., members of MCAW met with lawmakers, including City Council Member Pat Davis, who are committed to holding Walmart accountable for offloading their security costs to local police and taxpayers.

“It’s our obligation as a community to step up, to hold our corporate neighbor responsible and say ‘we won’t subsidize their security anymore,'” said Davis. 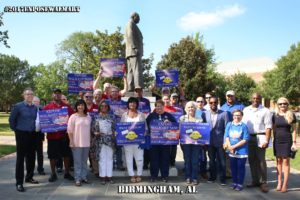 In Birmingham, Ala., City Council President Jonathan Austin joined MCAW and spoke about his concerns about local governments subsidizing Walmart.

“Why do we need to provide incentives to Walmart? They’re one of the wealthiest companies in the world, so why do we need to give them any of our tax incentives? If they don’t want to come here, don’t come. If they want to leave, BYE,” Austin said. “Because what we want is to create local businesses that drive our local economies, employ local people, pay them a livable wage, and having Walmart in our community is draining us of those opportunities.” 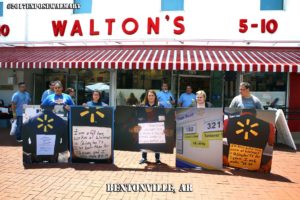 In Fayetteville, the final stop of the tour, members of MCAW and Walmart workers talked about real stories of injustice and the fight for basic human rights in front of Walmart’s CEO, shareholders, and the Waltons themselves, at their annual shareholders meeting.  “The 2017 ‘Expose Walmart’ tour allowed us to stand up together as a nation, from Phoenix to Louisiana, Virginia to Iowa — and shine a light on the injustices that Walmart workers face every day in our cities and towns,” said MCAW Campaign Director Randy Parraz. “With a unified voice, we exposed Walmart and demanded change, and I am incredibly grateful to the workers, elected officials, and community members who joined us on the tour and fight alongside us every day. Together we can build a better life for all retail workers.”