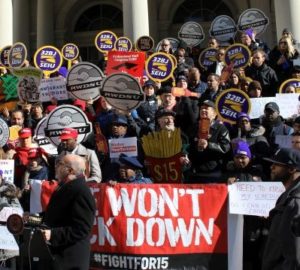 “RWDSU is committed to raising job standards across industries and occupations,” said Appelbaum, in reaction to the passage of the legislation on May 24. “On-call scheduling is a pervasive and exploitive employment practice where workers do not find out until just before a scheduled shift if they will be required to work or not. Today’s passage of Intro. 1387 by the New York City Council and the Speaker is a critical step in helping workers gain more control over their own lives and their ability to earn a living. When Mayor DeBlasio signs the bill into law, it will set a national precedent that will help retail workers not just survive in this country, but thrive.”