President Perrone Awarded AFL-CIO “At the River I Stand” Award

The theme of the awards this year was “The Struggle Is Free, But the Dream Must Be Televised” to represent the constant battle for civil rights and justice that continues in our country.

At the ceremony, President Perrone was awarded the “At the River I Stand” Award from AFL-CIO President Richard Trumka for his work towards advancing civil and labor rights, saying “we will tear our borders down brick by ignorant brick.”

The “At the River I Stand” award is the highest honor given by the AFL-CIO Civil and Human Rights Executive Council Committee. The name of the award comes from the historic words used to capture the spirit of the 1968 Memphis sanitation workers during their courageous struggle for workers’ and civil rights.

Alongside his fellow award recipient, USW Vice President Fred Redmond, President Perrone has served as a fearless leader of the Labor Commission on Racial and Economic Justice, taking action to serve the needs and concerns of their members, and shepherding the Labor Commission report to help union leaders have a better understanding of how racism and racial politics has impacted and continues to shape the labor movement.

Upon accepting his award, President Perrone addressed the attendees, emphasizing that “we must stand together stronger than ever” in our quest for justice. 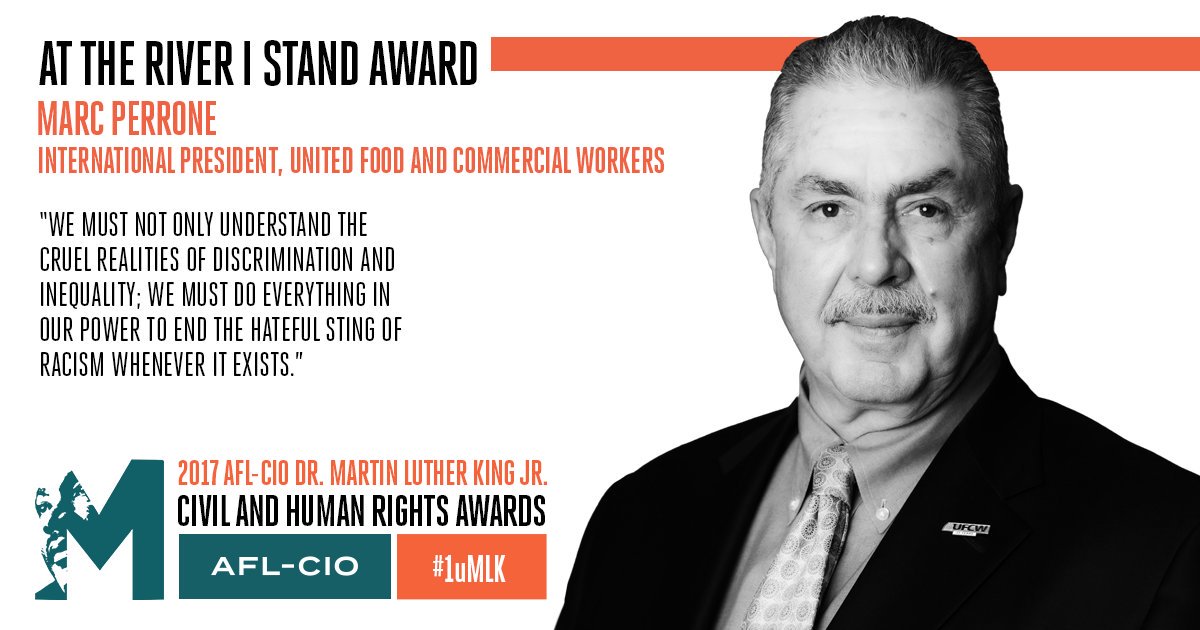 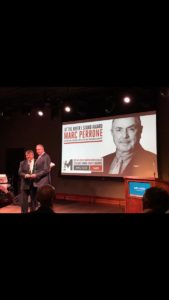 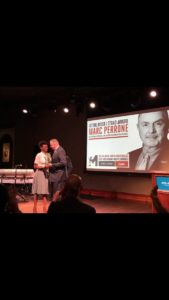