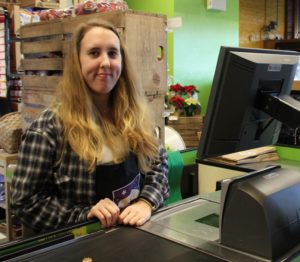 On Dec. 9, over 60 workers at People’s Food Co-op in Ann Arbor, Mich., joined UFCW Local 876. The workers were concerned about their lack of representation in the workplace and wanted to create a lasting system for workers to voice their concerns. They saw value in the practical ability of a union to address these issues they face every day, and were excited to be able to achieve their goals by uniting together as a group. Employees have reported that since the vote, workers feel more empowered and less frustrated and they take more ownership in their workplace.

“My coworkers and I organized because we believe in workplace democracy,” said Phil Bianco, a worker at People’s Food Co-op. “We believe in the values of the cooperative movement. We see those values—democracy, sustainability, autonomy—as perfectly in line with those of the labor movement. In fact, we know the cooperative and labor movements are stronger when united. We urge all workers everywhere to do what we did. Whatever your situation, organize your power and change your circumstances for the better. That’s how workers built the labor movement, and that’s exactly how we will revive it in the coming months and years.”

“A co-op represents the democratic ideals of our country, where every worker is an owner and has a voice in the workplace,” said UFCW Local 876 President Roger Robinson. “A union guarantees that voice to their members permanently so that the co-op lives up to the values that they stand for. UFCW Local 876 is proud to represent these hard-working men and women who made their voices heard in this election.” 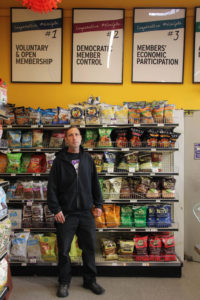