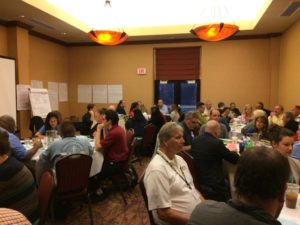 UFCW Local 653 in Minneapolis held their first-ever Union Steward Training Conference on Oct. 5 and 6. The local has set a goal to recruit and train 100 new stewards over the coming year. At this first conference, 40 retail members participated in workshops ranging from labor history, union rights and the contract, building coalition power to improve retail industry standards, and how to have organizing conversations with coworkers.

The priority for Local 653 stewards is to be organizers. Stewards will participate in new organizing campaigns and political action. Internally, they will focus on activating members in our union, which includes: communicating with the larger membership about union campaigns and programs, welcoming new members, collecting text permission and emails, and connecting members and their concerns with the appropriate union staff.

“We are committed to changing the direction of the local union and building up a culture of organizing,” said UFCW Local 653 President Matt Utecht. “We want to engage members to improve industry standards not only for our union members, but for all retail workers. We all have to fight together if we want to change industry practices.”

“I believe the main turning point which led to this significant change in the local union’s structure is due to the changing attitudes of retail employers we represent throughout the country, and the influx of non-union retail employers into our markets,” said Tish Ramirez, director of Region 6. 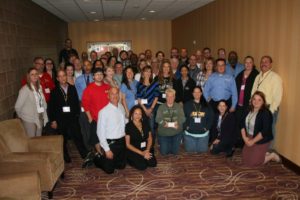