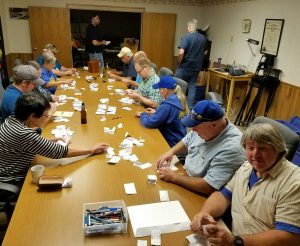 The new contracts include wage increases, improvements to the healthcare fund, an additional paid personal holiday for part-time employees and wage scale increases that were equal for all classifications, including full- and part-time positions. The contracts also include improved language for vendor stocking and store resets.

“The Union Committee’s goal was to take care of all our members,” said UFCW Local 1189 President Jennifer Christensen. “Initially, we voted down the employers’ offer in order to secure the necessary money needed to keep their healthcare plan funded while enabling benefits to remain unchanged and demanding equity in raises for all members.  The majority of our retail workers are part-time, and the full-timers and the Union Committee stood up for their part-time coworkers, demanding and achieving fair and equal raises for all members.”