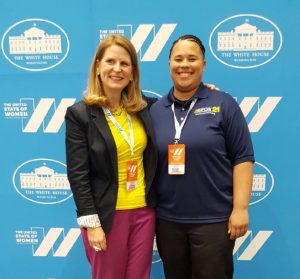 “The power of a union is about much more than dollars and cents,” she said. “I am respected by workers and managers alike. I am a force in my community. And it’s because I don’t stand alone – I am in a movement with grocery workers and steelworkers and teachers. Together, we have a voice. Together, we can make change.”

Back home in Washington state, Ariana has been collecting thousands of signatures as the citizen petitioner behind Initiative 1433, a statewide ballot measure which will raise the minimum wage to $13.50 and provide workers with up to seven days of paid sick leave.