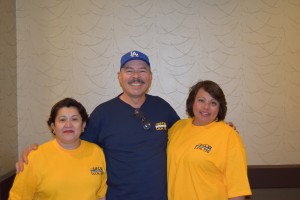 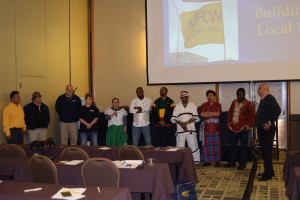 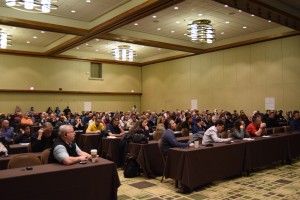 Local union leaders, staff, and UFCW members from around the country and Canada convened in Omaha, Nebraska, last week for the 2016 Spring Food Processing, Packing and Manufacturing Meeting.

At the meeting, participants discussed industry trends and worked together to strategize the best tactics for bargaining contracts, organizing, and resolving problems in their plants. They also attended workshops on increasing solidarity among workers of different religious, cultural, and ethnic backgrounds.

Recognizing the growing diversity of the UFCW’s current and future membership, the chain meeting was held in three different languages: English, Spanish, and Somali. As part of the UFCW’s effort to increase language access to workers who don’t speak English, this was the first time that a meeting of this size featured simultaneous interpretation in three languages.

The effort to build a space for UFCW members to maximize their voices is an essential strategy that sees diversity as an asset. “Increasing our union’s language access and employing strategies that build language equity is very important,” said Rina E. Chaverria, a UFCW Local 770 member. “This provides all workers, not just immigrant workers, the opportunity to communicate and work together to improve our workplace and the lives of our coworkers.”