Last week, UFCW members from Locals 2, 88 and 655 went to the Capitol in Jefferson City to encourage legislators to stop paycheck deception and an unfair “right to work” law.

They were there at the right time, too. The paycheck deception bill was in the process of passing the Senate and being sent over to the House. It offered an excellent opportunity for UFCW members to speak with their legislators about why paycheck deception is an unnecessary burden that makes it more difficult for workers to have a voice in the political process.

Raylene Barton, a member of Local 655 who works at Dierbergs, had this to say about why she participated in lobby day.

“I’m lobbying to ensure fairness for working men and women,” said Barton. “If we don’t do it now, we’re going to have a bloodbath like we did in the 20s and 30s and it will hurt a lot of people. Being here is so important because politics is the new frontier for unions. If we can’t get worker friendly legislation on the books, then we’re going to be beat down even further.”

“I’m scared to death of Donald Trump and will do my damndest to see that the Democratic nominee is elected,” she said. “Trump brings out the worst in the American people. He’s just a headline maker who has no experience with diplomacy, has no business being a world leader and would be no friend to my hard-working friends and family members.”

Unfortunately, the paycheck deception bill ended up passing both the House and Senate and will be sent to the governor’s desk, where it is expected to be vetoed. Members were optimistic that, thanks to their frank conversations with legislators, the governor’s veto would be upheld. 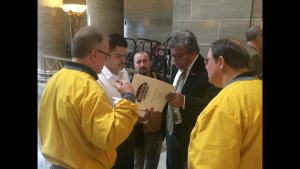 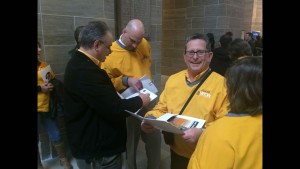 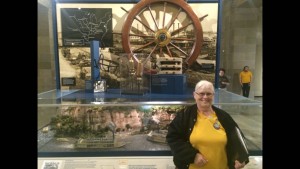 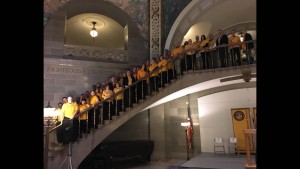 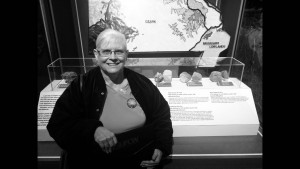 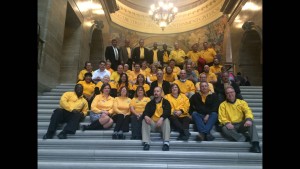