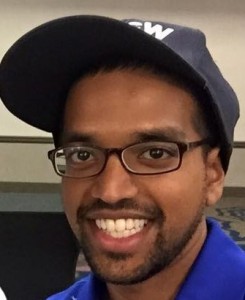 UFCW Local 400 member Yves Gomes made history on August 16 when he became the first undocumented and youngest person ever elected to the Asian Pacific American Labor Alliance (APALA) Executive Board. Gomes works at Safeway in Silver Spring, Md.

Founded in 1992, APALA is the national organization of Asian Pacific American (APA) union members. It has played a unique role in addressing the workplace issues of the 660,000 APA union members and serves as the bridge between the broader labor movement and the APA community.