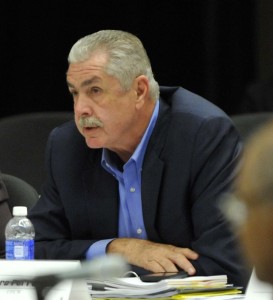 UFCW leadership was on display last week at the annual AFL-CIO Executive Council meeting where affiliate unions met to strategize around an agenda that helps hard-working men and women achieve a better life. UFCW International President Marc Perrone, elected to the Executive Council in February, chaired the Organizing Committee meeting. He challenged labor leaders to reach beyond each union’s comfort zone to connect with more unrepresented workers who need a voice on the job and to increase organizing activity at every international union. Perrone inspired other unions to set union-wide organizing plans that integrate effective communications strategies with new NLRB union election procedures so that workers can make their voices heard for change on the job.

Participants in the Global Committee meeting, chaired by Executive Vice President Stuart Appelbaum, learned about the recent worker neutrality for Zara workers in the U.S. secured through global negotiations that echoed worker demands to #ChangeZara.

In in an historic step for the U.S. labor movement, the AFL-CIO launched a Labor Commission on Racial and Economic Justice to confront racism and build solidarity that will bring an end to the historic divisions that weakens our entire movement. Perrone was asked to co-chair the Commission on Racial and Economic Justice with United Steelworkers Vice President Fred Raymond.  UFCW’s own Robin Williams, Associate Director of the Civil Rights and Community Action Department, was appointed to serve on the Commission’s Advisory Council. 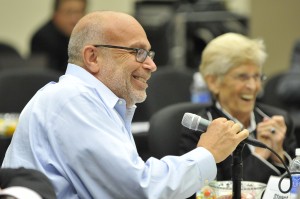