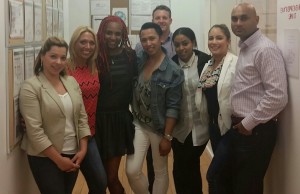 More than 200 workers at the H&M store at Herald Square in New York City voted to join RWDSU Local 1102. The newly opened store is the largest H&M in the United States. Workers came together to have a union voice on the job because they know that the best way to ensure good schedules, fair wages, and decent benefits is through a union contract. Many of the workers at the Herald Square store are union members that came from other H&M stores.

Contract negotiations for the Herald Square H&M will be part of the RWDSU H&M chain negotiations that include several other Manhattan locations.